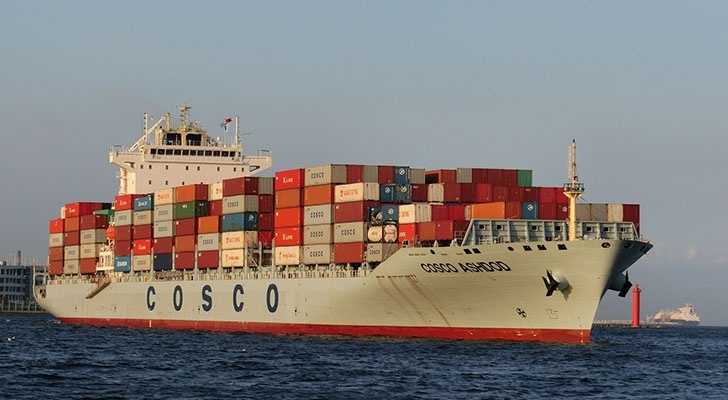 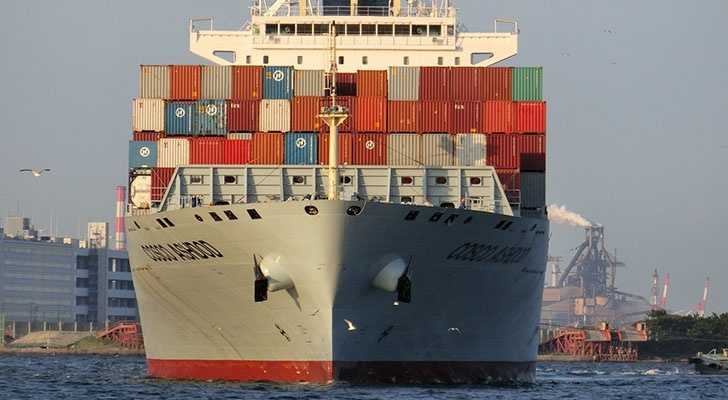 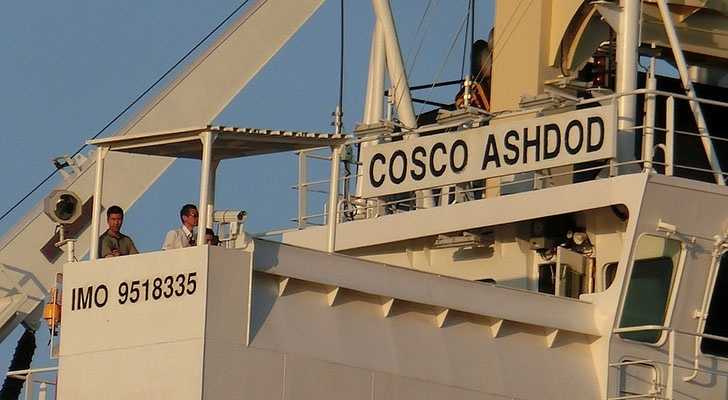 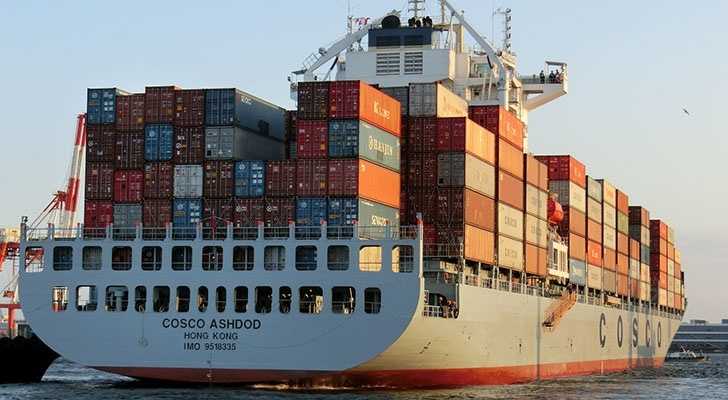 The panamax vessel is number 18 in a series of 20 sister ships that Coscon ordered in late 2007 and early 2008 and whose deliveries have been deferred as a consequence of the global economic crisis.

The containership is being phase into the CKYH alliance’s Coscon-operated Far East to USEC service ‘AW2/AWC’, where she replaces the 1994-built TEU 3.802 RIVER ELEGANCE. (CKYH Alliance consisting of Cosco, K Line, Yang Ming and Hanjin)

The "COSCO ASHDOD" follows the "COSCO HAIFA", delivered in October 2012. 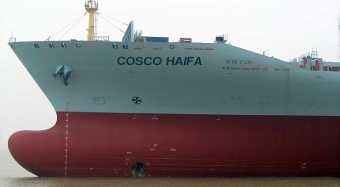 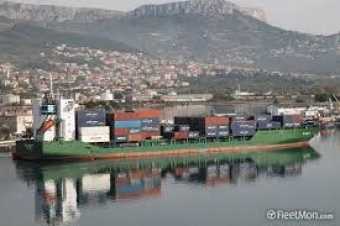 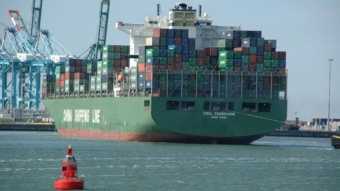